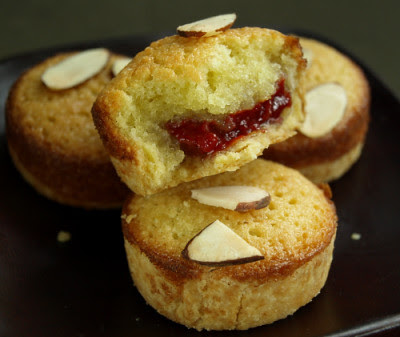 The June Daring Bakers' challenge was hosted by Jasmine of Confessions of a Cardamom Addict and Annemarie of Ambrosia and Nectar. They chose a Traditional (UK) Bakewell Tart... er... pudding that was inspired by a rich baking history dating back to the 1800's in England.

This month represents several Daring Baker firsts for me: my first Bakewell tart (a first taste as well as my first ever baked) and my first challenge completed on the posting day. Distractions from the new house still have me disconnected from the blogging world. We were lucky enough to close a deal on our old house in the Metro-Detroit area--which was no small feat in this economy! This lead to a big clean out and our second Uhaul move with the furniture and flotsam we left for staging. Moving is exhausting work but more enjoyable hard work has been occupying me in my newly built vegetable garden!! It's off to a late start and so it's hard for me to spend even a single day lit hour not poking around in it. In Michigan, if you blink too long you can miss summer completely.

I was very interested in the Bakewell tart/pudding. Most British desserts are an enigma to me and this was one I hadn't even heard of before. I love working with almond meal and have been sneaking it into quick breads and cookies to up their nutritional density. How could I resist the chance to make a tart that revolves around almonds? A Bakewell tart requires jam but I only just bought strawberries to begin preserving this morning so I used the last half of the final jar of autumn olive jam from last year.

Since I didn't have a use for a whole tart today, I made mini tarts using a mini cheesecake pan (I used it for tarts here as well). I halved the pastry dough to insure I would have enough, rolled it out and cut 2 1/2 inch diameter circles for each compartment. I only made a third of the frangipane and used 1/3 cup of jam which worked out to a little more than a teaspoon of jam per tart and a little over a tablespoon of frangipane topping each. My divisions created a full 12 tarts and each was a perfect 2-3 bites. I loved how light both the pastry and the frangipane were and the touch of almond extract in both was lovely. I will definitely be digging out that bottle of extract more often. I would have liked a little more jam for more tart contrast but I think the autumn olive berry jam color looked great in these.

I do have a few things to post because it would be a crime to not use my new kitchen but I can't bear to sit at the computer when there are other things to be done. Maybe we'll finally get some rain...or fall and winter will come eventually and I'll have more time on my hands.

Links:
-Our hostesses this month are Jasmine of Confessions of a Cardamom Addict and Annemarie of Ambrosia and Nectar
-Visit the Daring Kitchen to join in and take a look at the Daring Baker Blogroll for the other versions of this month's recipe.
-The complete recipe can be found here. Due to my son's dairy allergies I replaced the butter called for with Earth Balance margarine. I also downsized the recipes as described above and cut the baking time down to 17 minutes. 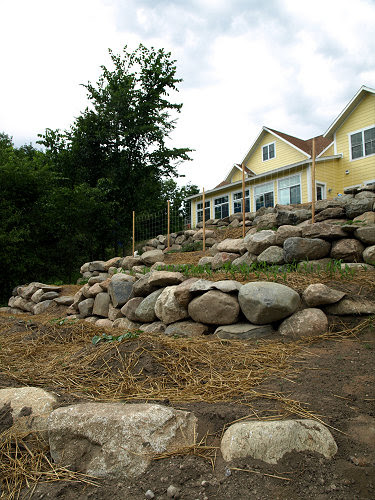 Abbie gets supervised outings. She likes sniffing around for chipmunks. 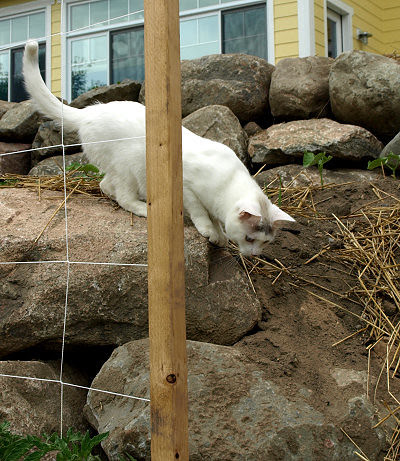