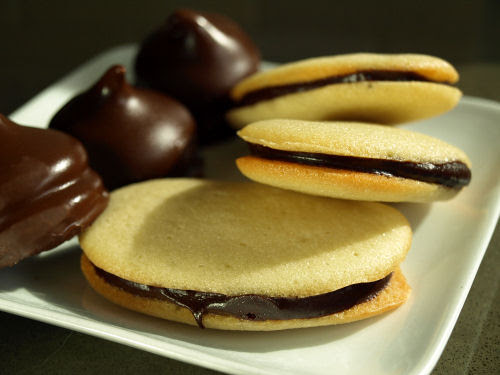 The July Daring Bakers' challenge was hosted by Nicole at Sweet Tooth. She chose Chocolate Covered Marshmallow Cookies and Milan Cookies from pastry chef Gale Gand of the Food Network.

Ah, sweet summer! The Michigan cherries are wonderful this year, late but huge and flavorful. The nights are chilly and I'm loving the summer even more than ever before since moving up north. So I've let another month pass and I've been too busy hiking, gardening, playing and laying in the sun to cook a whole lot or blog. How do people who live in year round sun get anything done?

I did check in early in the month to see what the Daring Baker challenge would be. The Milan cookies (like the infamous Pepperidge Farm Milanos) were very intriguing to me. I made my first batch early in the month but struggled with the runny batter. I was making 1/3 batches because the recipe calls for 6 egg whites and it divided easily that way. I triple checked my measurements but couldn't make that batter pipable without an extra tablespoon of flour. No matter, they were a HUGE hit with my son Alex despite the slightly heavier texture. Maybe we were supposed to whip the egg whites? That was the only thing I didn't try but Alex's admiration for this cookie will have me researching and trying other recipes.

The mallow cookies were another matter, I really didn't want to make them. I dread coating things with chocolate. Even when a recipe lets you off the hook and you don't have to temper chocolate it's still a tedious, messy chore. But I felt like I was cheating if I didn't even give the recipe one go so I whipped up a batch yesterday at the last minute. True to form I made a mess with the chocolate but they tasted good enough. They just aren't a favorite cookie for me. I did like the chance to make a batch of homemade marshmallows, which I haven't done in a couple of years. Alex wasn't interested in the cookies but loved the extra marshmallow

At the end of this week I'm heading out for a beach vacation in South Carolina but know that my new land and already beloved vegetable garden won't be far from my mind. Here are some more photos to show you what I've been up to.

Links:
-Visit our host this month, Nicole, at her blog Sweet Tooth or come on over to the Daring Kitchen to join in on the fun. You can see the other versions of this month recipe by browsing the Daring Baker Blogroll for the other versions of this month's recipe.
-The complete recipes can be found at Food Network's website. Here are the links for both: Chocolate Covered Marshmallow Cookies and Milan Cookies
**To accommodate my son's dairy allergies I replaced the butter called for with Earth Balance margarine and used dairy-free chocolate. My chocolate ganche for the Milanos is made by melting 4 ounces of chocolate with 4 teaspoons of soy milk and 2 teaspoons of margarine. This ratio doubles or halves very easily.
The dogs of Dog Hill (Roxy and Karmal) romping in the grass 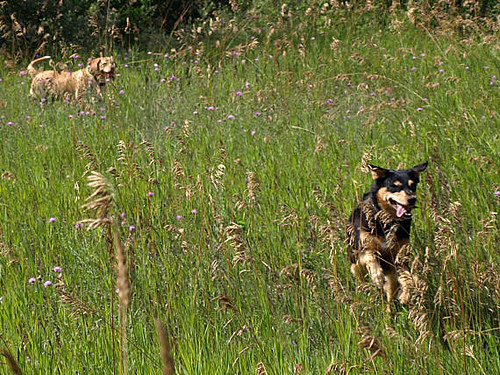 My cat Nelson in the corn rows 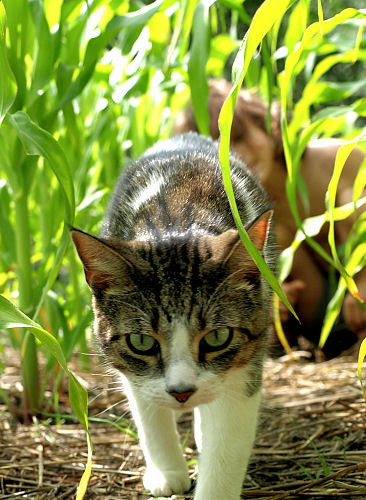 Alex with a grasshopper 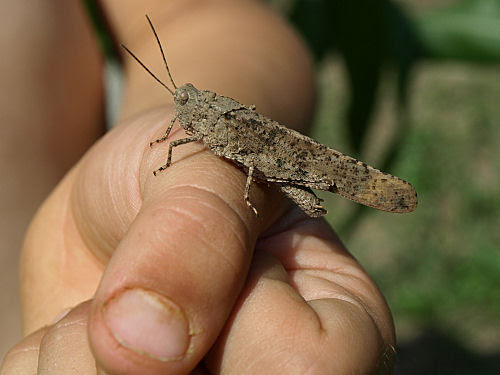 Spotted knapweed, a scratchy invasive whose pretty flowers are a hit with the bees 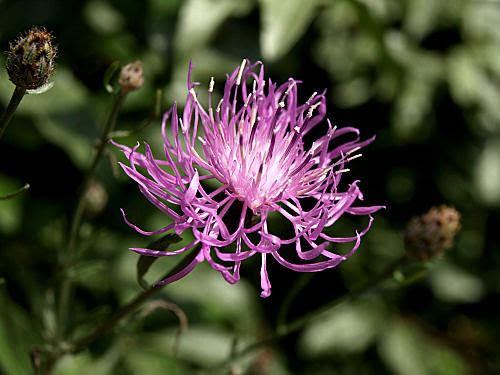 My prolific husk cherries, I'd better start looking for recipes. I have six plants. 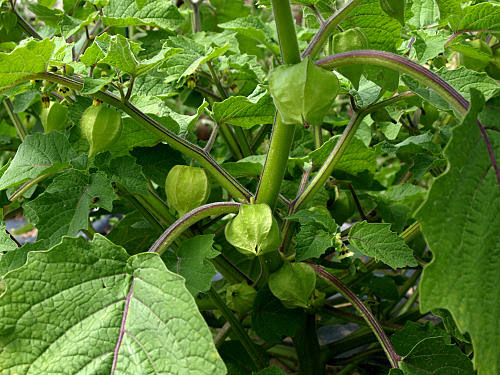 Three-lined potato beetles have been a nuisance. They are terribly fond of the husk cherries. 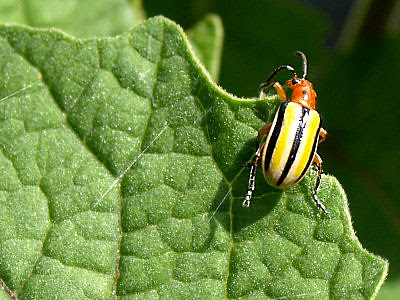 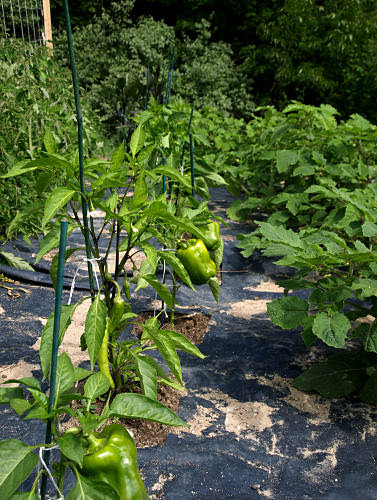 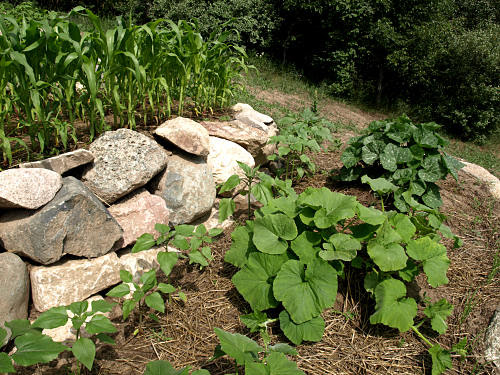