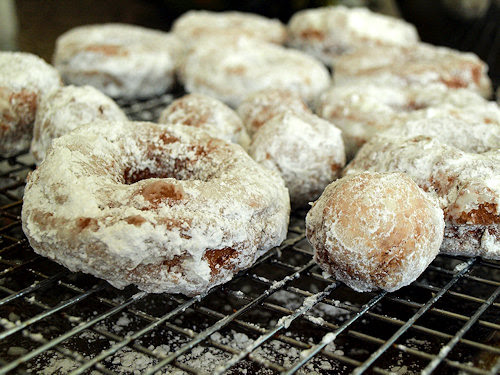 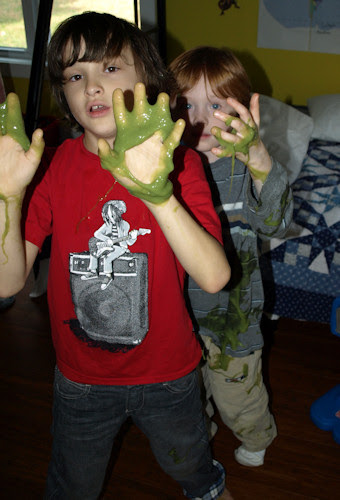 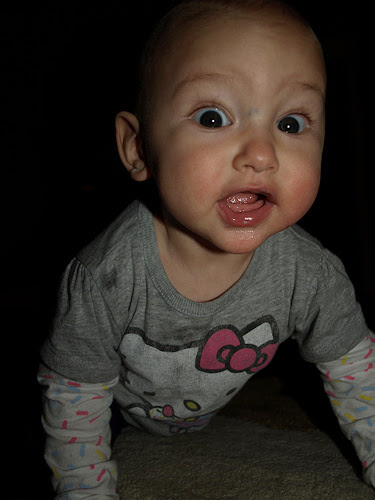 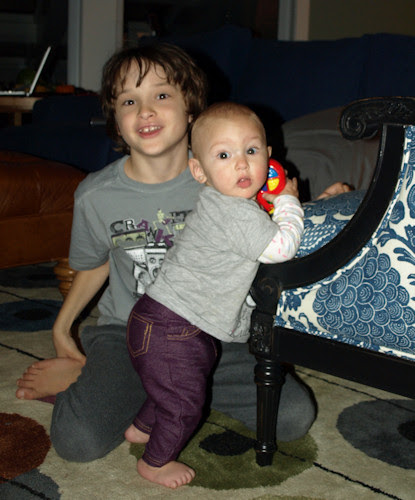 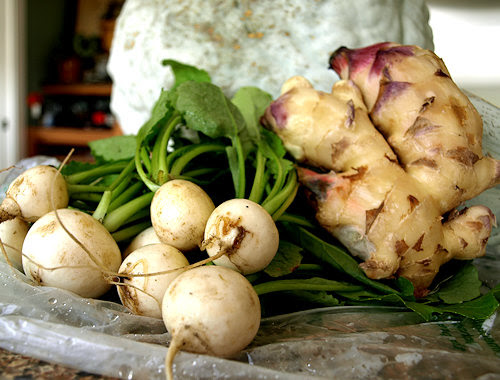 My fall CSA shares from 9 Bean Rows started the same week I scored some locally grown fresh young ginger.  So I did a quicker take on this Food and Wine recipe.   I quickly blanched the halved roots and then fried them in olive oil with shallots, finely julienned ginger, the turnip tops and finished with a splash of umeboshi vinegar.  Yum! 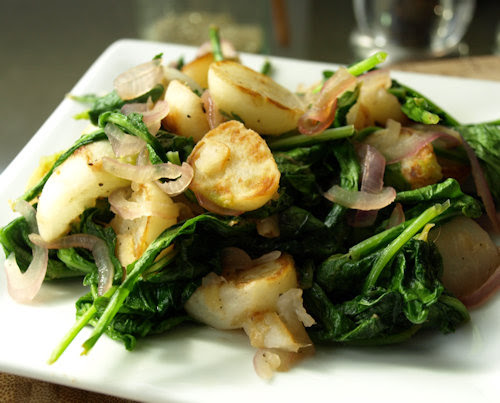 And Penny is tasting solid foods, here she is with some baked apple. 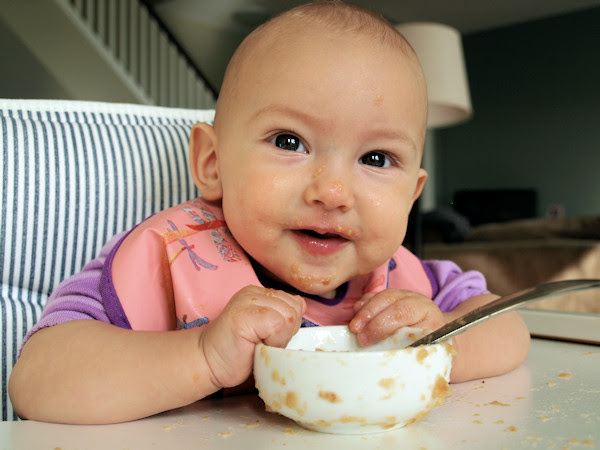