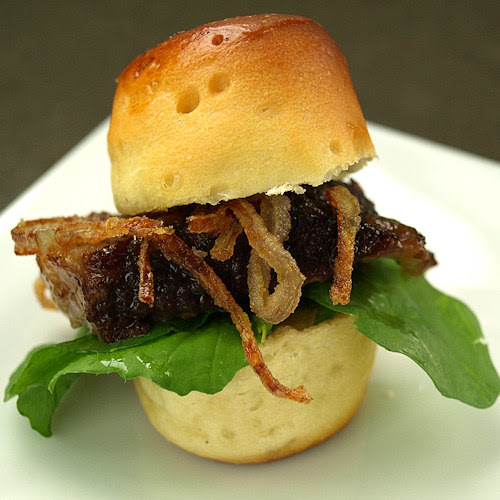 This week I attempted to connect a few food loving spirits in the area by hosting a food blogger soiree.  For my contribution, I chose to make a batch of short ribs with meat from my quarter steer from Gallagher's Centennial Farm braised with plums from Greenrock Farm and seasoned with Chinese five spice powder.

I had hoped to serve the short ribs as little sliders but the kids found my mini challah buns irresistible and the super muggy weather wilted the formerly crispy fried shallots.  The ribs were still good picked at with fingers and the raucous children seemed to need the carbs.

-Preheat your oven to 350 degrees F.
-Liberally salt and pepper the ribs and then pat on the five spice powder, set aside.
-Heat an enameled cast iron Dutch oven over medium high until hot.  Brown the ribs on all sides and then remove from the pot to a rimmed plate or bowl.
-Pour off all but 1 teaspoon of the rendered fat and add the diced onion.  Season with salt and pepper and cook until the onion is translucent.
-Add in the wine, plums and ginger.  Scape the pot to deglaze with the wine and plum juices.
-Add the ribs back to the pot along with any leaked juices.  Add enough water (or chicken stock) to almost cover the ribs.  Bring to a boil.
-Cover and cook in the lower third of the preheated oven for 1 1/2 hours.
-Remove the cover and cook for an additional 45 minutes to 1 hour, turning the ribs at once or twice.  The braising liquid should be reduced by half and the ribs should be tender but not falling apart.
-Remove the ribs from the pot and separate them from their bones.  Trim away any large pieces of fat and then set the trimmed ribs in a shallow non reactive dish, like a glass brownie pan.
-Skim as much fat as possible from the reduced liquid and then pour the skimmed sauce over the ribs.  Cover with a glass lid, waxed paper or plastic wrap, not alluminum foil, it will react with the acid in the food!  Cool to room temperature and then refrigerate.  Keep in the fridge AT LEAST overnight, ideally for a day or two.
-When you are ready to serve, scrape off any large amounts of solidified fat from the sauce and remove the ribs.  Slice the ribs into 1/2 inch thick slices and lay out on a boiler pan.  Spread a little sauce on each slice and then broil until hot and glazed. Serve hot.
-Resist the urge to lick the pan until your guests have left.

And as for the other food... 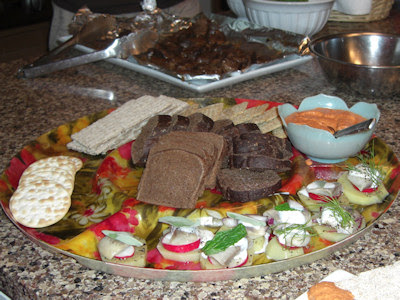 Local Stone House bread, fromage blanc from Leelanau Cheese with her own herbed strawberry balsamic jam and strawberry syrup for sodas came from Angela of Notes from a Country Girl Living in the City 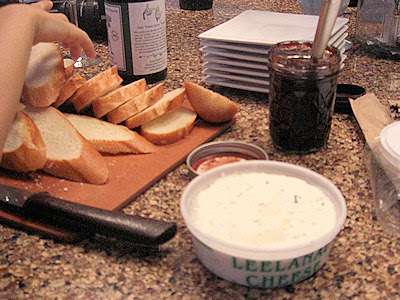 Feta and bean dips made by Laura of Laura's Recipe Collection 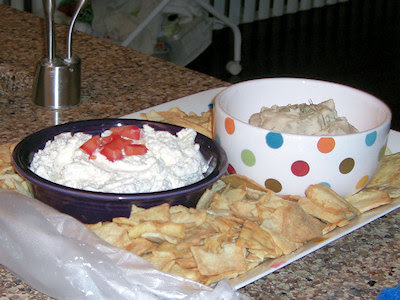 More Links:
-The buns were made with King Arthur Flour Classic Challah dough
-I also made 101 Cookbooks' Grilled Fava Beans with local favas.  They were ok but maybe overcooked or maybe too mature favas.  The insides were mushier than I expected.


I love that Michigan plum season has started! 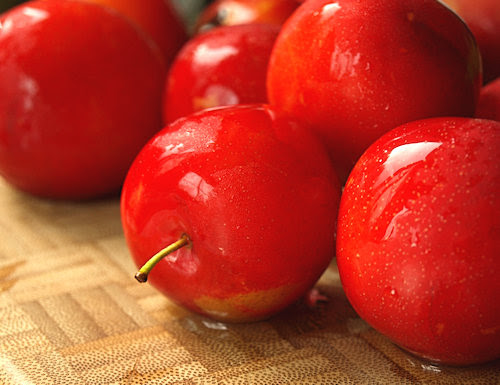