Top Chef: The Tour in Detroit 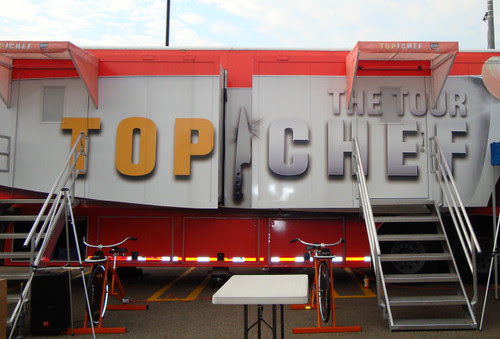 At long last Bravo's Top Chef: The Tour arrived in Detroit today. Well not exactly Detroit but who can blame them for choosing the brand new Rochester Hills Whole Foods as their home base? The chefs on the Detroit stop of the tour were Andrew Dambrosi and Nikki Cascone.

A ginormous Top Chef decorated trailer awaited fans in the parking lot. The sides were covered with images of the four winners. In the front there was a door to a small store with Top Chef gear (aprons, the cookbook, t-shirts) and another door to the demonstration area. In between the two doors were two bicycles set up to run blenders. Apparently they hold smoothie making events, but I didn't get a chance to see one. We signed in and entered the demonstration room. Inside was a small kitchen and seating for about 30.

After a splash of clips played, Nikki and Andrew entered. They discussed their dish for today: turbot on a quinoa salad with fava beans. Good knives and the nutritious aspects of quinoa were discussed. The cooking began and the floor is open for questions. The audience poses a lot of questions about the other contestants and the experience of being on Top Chef. A sample of the dish is served and the quinoa is excellent though the fava beans are sliced too small, which is possibly due to the fact that they need them evenly distributed in small portions. I've always had a problem with over cooking my quinoa and now I'm eager to give it another try.

The highlights of the conversation were Andrew's story of running past other applicants at his first Top Chef interview and them noticing and calling him first. Nikki was very personable and engaging. She described how quickly the challenges come at them, especially noting the marathon Wedding Wars challenge. Nikki says she regrets not showing as much of her style in the competition. Andrew seemed much more subdued but still had to whip out that "culinary boner" line. I really liked his dishes last season but that 14 year-old boy humor has to go.

We cornered Nikki and got more details on cooking better quinoa so look for my efforts later this week. I have a Joust to enter!

Me with Andrew and Nikki from Top Chef Season 4 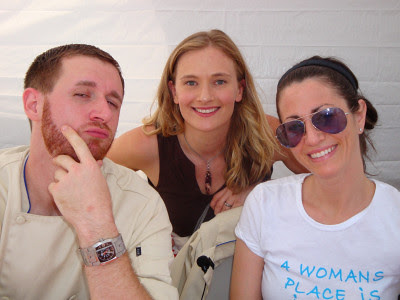 Andrew and Nikki describing the dish 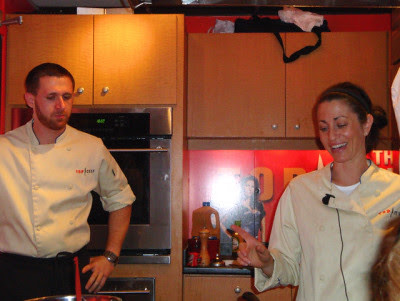 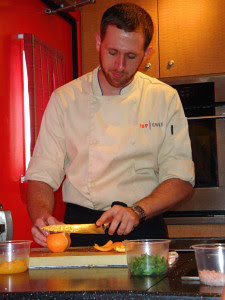 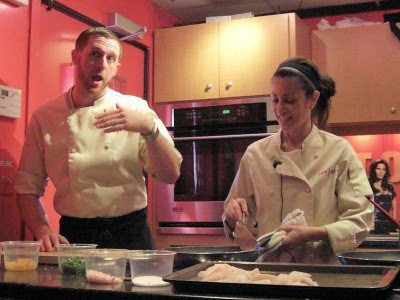 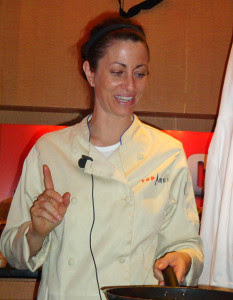 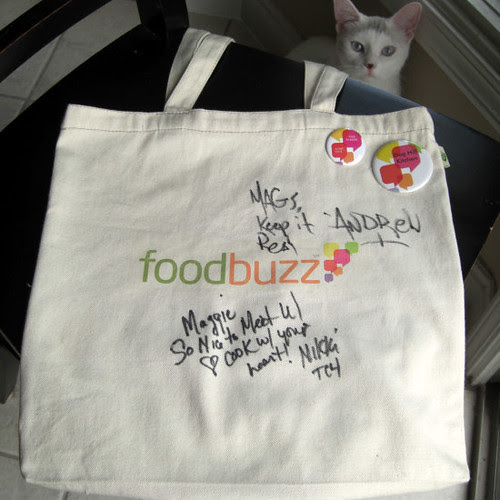 Abbie is turning out to be a camera hog. She shows up whenever I'm taking a picture now.

My Flickr Top Chef: The Tour Set
(Thanks to my sister-in-law for coming along and taking a ton of these pictures!)